Allowing the two-state solution to die would spell the end of the Zionist dream and the collapse of all we have worked to build in the Land of Israel.

I really don’t get it. Can someone please explain to me what happens when there really is no longer a two-state solution to the Israeli-Palestinian conflict? We better start coming up with answers because we are almost there.

The bi-national reality that successive Israeli governments since 1967 have created in the West Bank, or Judea and Samaria if you like, is almost beyond partition. Since 1937 the most reasonable, I would say the most Zionist solution that almost the entire world designed and now still supports presupposes that this conflict is essentially one between two national groups claiming the same piece of territory. Because neither side wants to be ruled by the other, nor do they want to live together in one democratic state, the obvious solution is partition.

But as time went by the map of the partition went against the side that refused this solution – namely the Palestinians. In 1988 they finally accepted the partition solution and agreed, at least among themselves, that their State of Palestine would be established on 22 percent of the land between the River and the Sea.

The problem is that the other side, namely Israel, did not agree to the 22%-78% split.

Israel wanted more. So today, those Palestinians, at least the core of their leadership, are rapidly coming to the conclusion that partition is no longer a viable option. But what now? If they don’t want it, and we don’t want it, then what do we want, and can we agree on it across the conflict line? The partition plan has always been incredibly logical and rational. It is based on the assertion that there are in fact two peoples – at least there are two people who each call themselves a people. It is predicated on the principle in international relations of the right of self-determination – in other words, if you call yourself a people, you look like a people, you have a common history, a common culture and language and a common perception of a joint future then you are a people.

As such, as a people or a nation, you have to right to have a territorial expression of your identity. At least that’s the way it works for nation-states, at least that is how we, Israel, base our right for a state of our own.

Our Declaration of Independence is a document which sets out to make our claim and to justify our existence as a people. The United Nations partition plan of November 1947 legalized our claim into an internationally recognized decision, but at the same time recognized the right of the Arabs living in Palestine (in other words Palestinians) to also have a state of their own.

IF WE have indeed tossed out the partition option and we are left with two peoples in one state, how do we continue to have a state of our own? When the territorial solution is no longer possible, we either fight it out until death or exhaustion or we come to some kind of partnership of sharing. Once upon a time it could have been acceptable for some (mostly those who had power and money) for one people to rule over another – even if the ruling side was a numerical minority. Those days are long gone.

All you have to do is put yourself into their shoes. Would you accept to live in one country and to not have equal rights with the other citizens in that country? Would you agree to have your national expression and identity in a country over the border and not in your own country? Would you agree to live in small enclosed communities without the right to reside anywhere within the boundaries of your own land while another people has the right to live anywhere they want, even on your land? Would you accept having only some form of municipal autonomy and not full national rights in your own country? It is easy to make proposals for the other side that you would never accept for yourself.

Why should any Palestinian agree to live under Israeli-Jewish rule and not to be able to pick up and live in Jaffa, Haifa, Ramle or Lod, while you can live anywhere in Judea and Samaria that you please? What makes your right more justified than their right? If your answer is because God gave us this land, then there is no way to have a rational logical discussion.

The Palestinians can just as easily claim that all of Palestine is waqf – a Muslim trust given by Allah to Muslims. This can also not be argued on a rational logical level. If this conflict emerges to be one of religion – my God against your God, then we will never be able to live in peace.

For the past 100 years this has not been a religious conflict. It has been a territorial conflict and it is about to become an identity conflict – whose national identity is expressed on the territory in question? Or in other words, who rules this place – us or them? We have a very short period of time remaining before we may have to come to the conclusion that there is no longer any resolution to this conflict that enables us to have a Jewish nation-state in the Land of Israel. If this happens, God forbid, it will be the end of the Zionist movement and the end of the dream that so many have worked so hard for so long to create and sustain.

The writer is the co-chairman of IPCRI, the Israel Palestine Center for Research and Information and a radio host on All for Peace Radio. 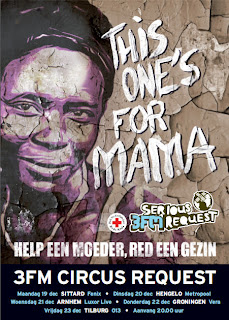